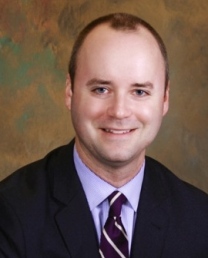 Attorney Branden Twibell will talk about “The Rights of the Accused” and will focus on how our Constitution sets up and guides our criminal justice system, and whether Hollywood gets it right. Branden earned his law degree from the Western Michigan University Thomas M. Cooley Law School in 2009, graduating with honors. He completed an MBA at Missouri State University in 2000 and an undergraduate degree in marketing at Missouri State University in 1998. He represents clients throughout southwest Missouri, where he is also a sought-after lecturer and public speaker.
A passionate advocate for the rights of the accused in the state of Missouri, Springfield criminal defense attorney Branden Twibell has been chosen for admission to the Esteemed Lawyers of America. In 2013, after four years with the Missouri Public Defender’s Office as a successful criminal defense trial lawyer, Branden Twibell joined his father, Mr. Bert Twibell, and two other attorneys at Twibell Johnson, one of Springfield’s oldest law firms, founded in 1975. He has been recognized as one of the Top 100 Criminal Defense Trial Lawyers by the National Trial Lawyers and recognized as a “Top Lawyer” by the Global Directory of Who’s Who. He is a member of Lawyers of Distinction, which limits membership to the top ten percent of attorneys in the nation, and he has earned a “Superb” 10.0 Rating as well as a Client’s Choice Award from AVVO. Attorney Branden Twibell is also a member of the Springfield Metropolitan Bar Association, the Missouri Bar Association, and the Missouri Association of Criminal Defense Attorneys, and has been selected to the Esteemed Lawyers of America.